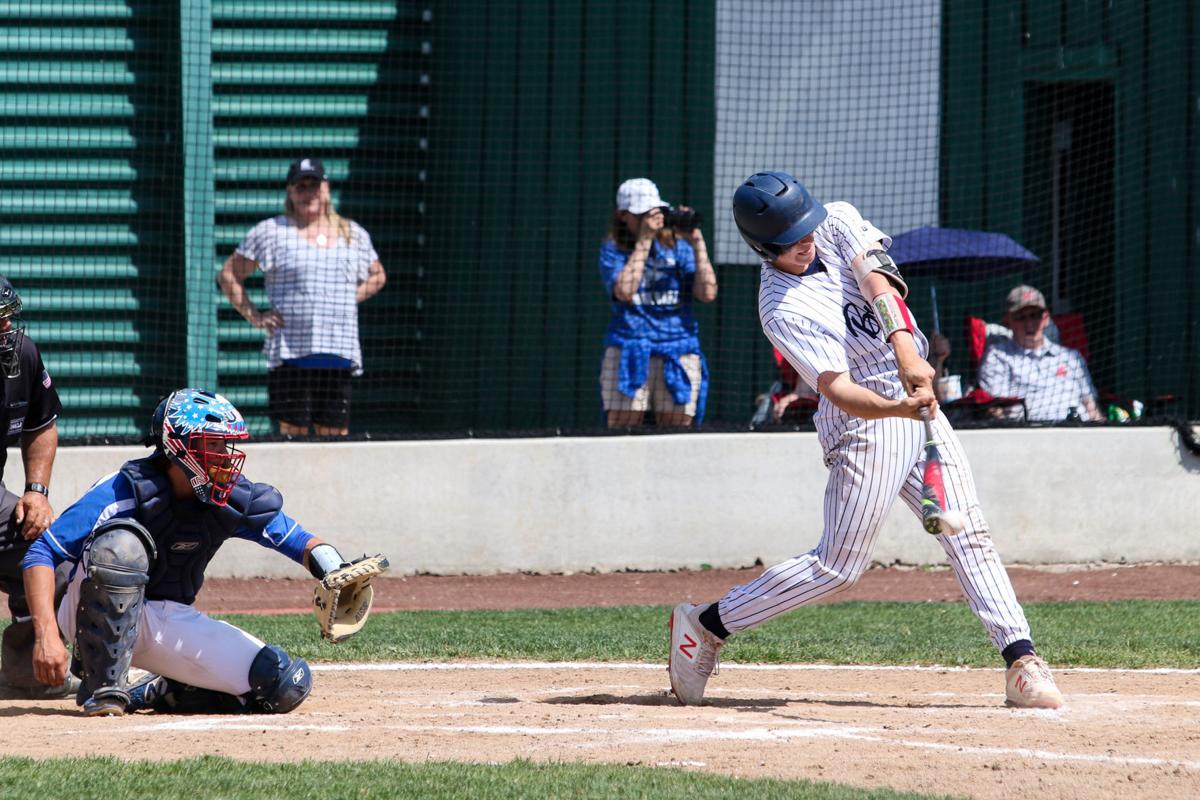 Ellensburg’s Jadon Bugni, 6, hits the baseball during a game against Pullman in Ellensburg Saturday. Ellensburg topped Pullman 5-1 to advance to state. 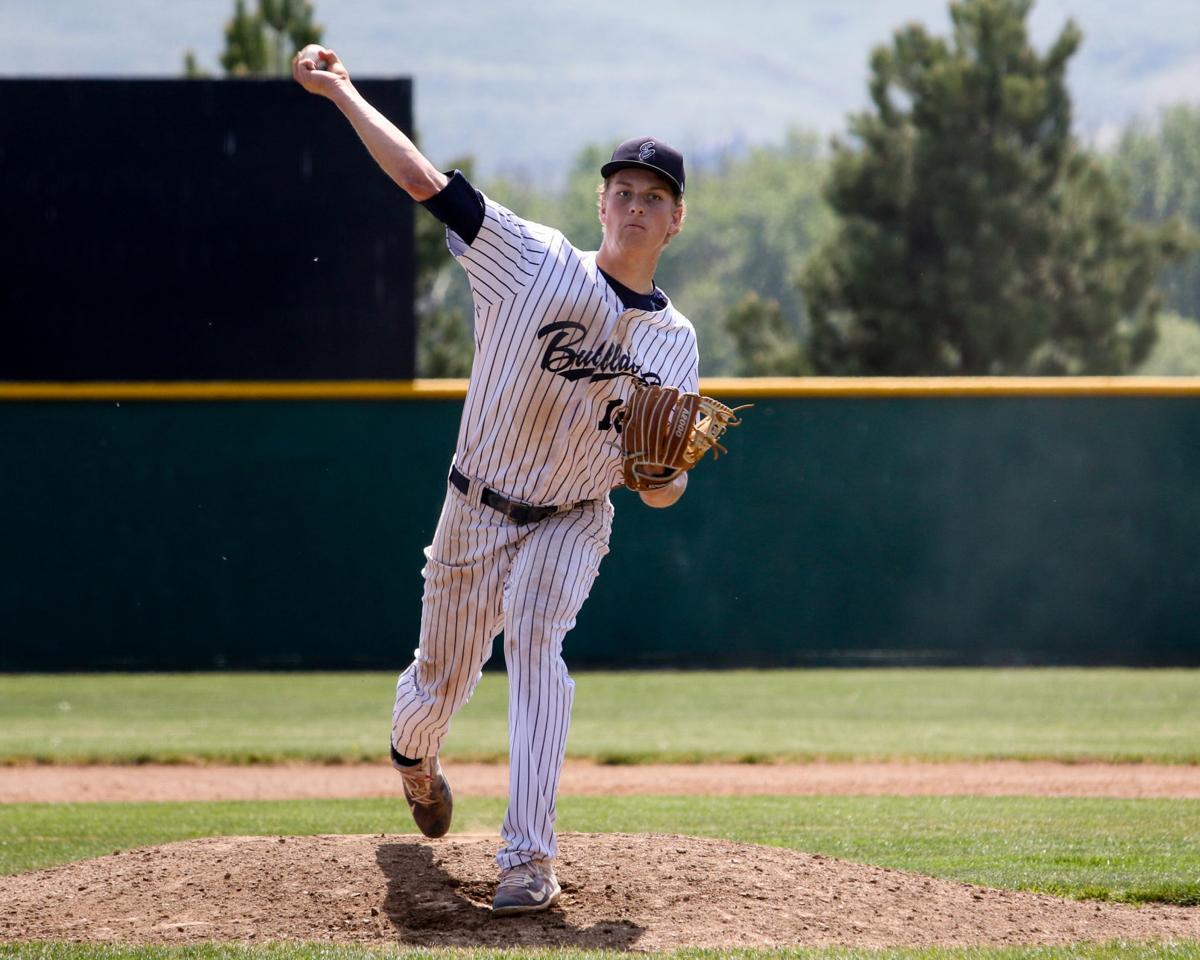 Ellensburg’s Davis Spencer, 16, pitches the baseball during a game against Pullman in Ellensburg Saturday. Spencer pitched in relief of starter Tyler Polecek. 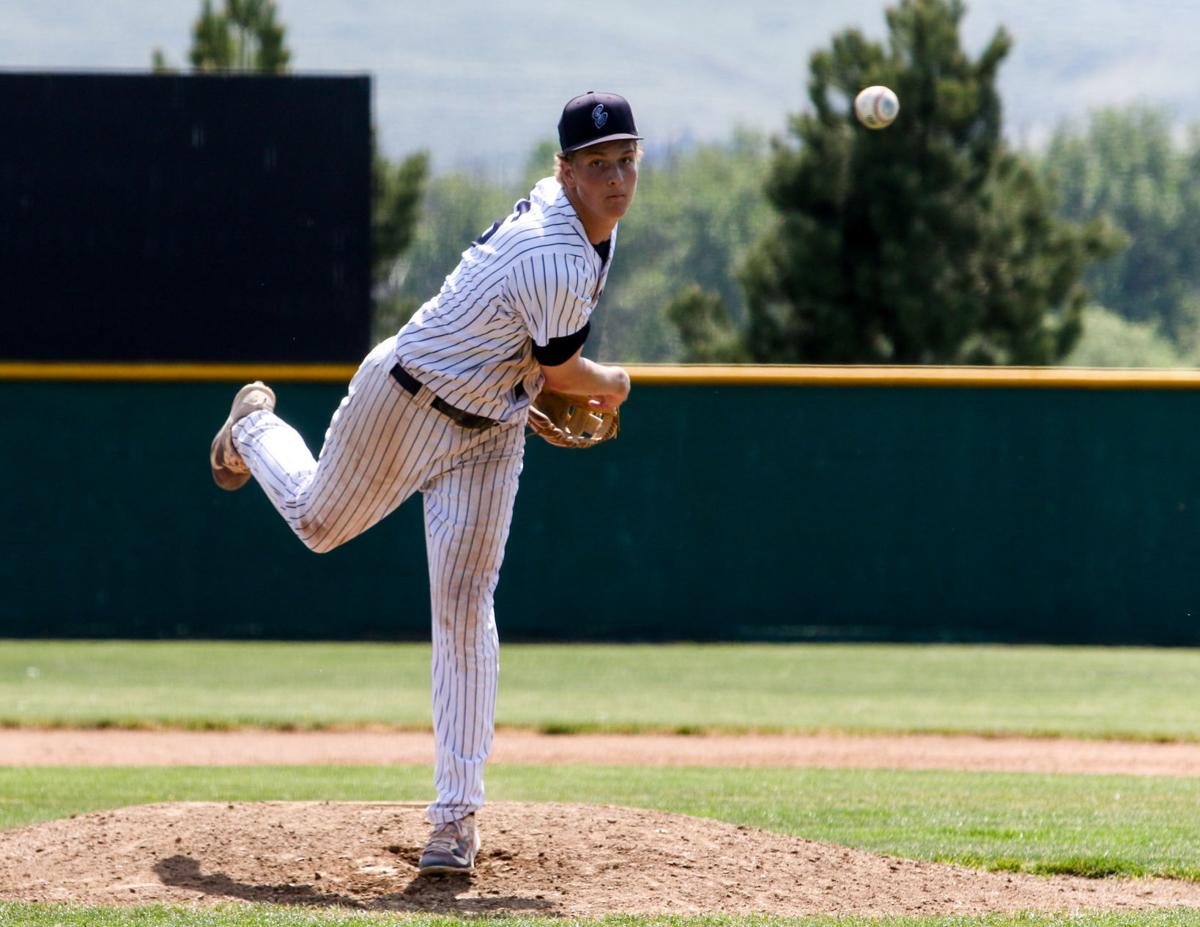 Ellensburg’s Davis Spencer, 16, pitches the baseball during a game against Pullman in Ellensburg, Wash. Saturday, May 11, 2019. Ellensburg topped Pullman 5 - 1 to advance to state. 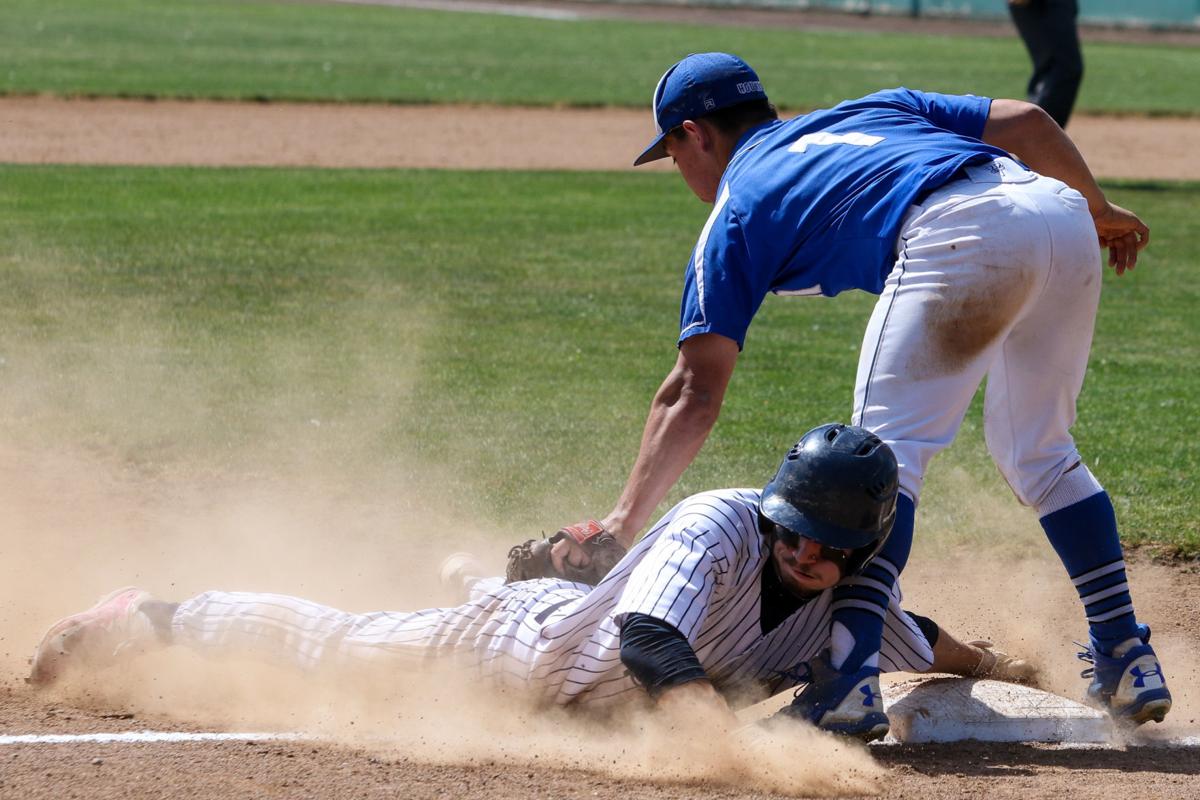 Ellensburg’s Riley Seed, 8, slides into third base during a game against Pullman in Ellensburg Saturday.

Ellensburg’s Jadon Bugni, 6, hits the baseball during a game against Pullman in Ellensburg Saturday. Ellensburg topped Pullman 5-1 to advance to state.

Ellensburg’s Davis Spencer, 16, pitches the baseball during a game against Pullman in Ellensburg Saturday. Spencer pitched in relief of starter Tyler Polecek.

Ellensburg’s Davis Spencer, 16, pitches the baseball during a game against Pullman in Ellensburg, Wash. Saturday, May 11, 2019. Ellensburg topped Pullman 5 - 1 to advance to state.

Ellensburg’s Riley Seed, 8, slides into third base during a game against Pullman in Ellensburg Saturday.

There’s something different about Tyler Polacek when it comes to loser-out games for the Ellensburg High School baseball team.

Take the 2017 2A State Championship versus W.F West of Chehalis for example, a last-minute decision by the coaching staff to put sophomore Polacek on the mound, who didn’t have much experience as a starter. He pitched six innings and led Ellensburg to a state title with a 5-1 triumph.

Then again against W.F West in the 2018 state semi-finals, the junior was untouchable, retiring 17 batters in a row at one point and tossing a complete game in a 4-0 win.

“When it’s a loser-out game, he’s our No. 1 guy,” head coach Todd Gibson said back in January.

And he did it again on a beautiful Saturday afternoon with Ellensburg facing elimination versus Pullman High School in a cross-over game.

But there wasn’t a doubt Polacek wouldn’t get the job done. He pitched five innings giving up one run, six hits, one walk and struck out four, guiding Ellensburg (17-6) to a 5-1 triumph over Pullman (16-5) to advance to the 2019 WIAA 2A state tournament for the fourth consecutive year.

“His mentality is just tough,” Gibson said. “He wasn’t even having the kind of day at the plate he wanted, and he just separates it — always gives 100 percent out there.”

It wasn’t guaranteed Polacek would be handed the start for Saturday. Davis Spencer was hoping to even after getting just three days of rest from the district championship — and Polacek was the first one to suggest it to the coaching staff for Spencer to start — but they went with the lefty.

Polacek didn’t necessarily have his best stuff, but he was able to work out of trouble when there was any. Pullman had at least one runner on in every inning Polacek pitched except in the fourth.

His only real issue came in the fifth, giving up three hits and the latter scoring one from second base on a two-out single. Spencer came in for the last two innings and shut down the opposing lineup, yielding just one hit.

Polacek forced a plethora of pop ups, leaving the fastball up more than he wanted — but he stuck with it. His curve and changeup staggered Pullman.

“These loser-out games, you don’t want to turn in your jersey,” Polacek said. “I mean, it’s a whole different kind of passion and grit that you have to play with. And I mean, some guys step up, and some guys don’t. And we have guys that step up.

“… I didn’t have the best day at the mound, but I battled and got it done.”

Polacek’s mindset changes in these matchup’s, as it renders the Bulldogs to possess the same attitude.

“He’s just got this mindset of ‘I’m not going to lose,’” said Jadon Bugni. “He comes to the ball park just ready to mow guys down. Me and him talk all the time and I know he’s ready the night before to go. He’s just got that mindset and knows he’s prepared.”

In the top of the first inning, Pullman’s Konner Kinkade ripped a double in deep center field with one out and Polacek walked the next batter. But he compelled the next two batters to pop out.

With the Bulldog bats up, both Brady Helgeson and Damon McLaughlin struck out. Then with two down, Bugni tagged a line drive on a fastball over the left-field fence for a solo bomb.

He nearly did it again in the third inning on a low fastball, but it landed short of the fence in center for a double.

“I know that some people aren’t going to pitch to me, but when I do get a fastball, I’m able to put a good swing on it,” Bugni said.

Ellensburg tacked on three runs in the third. McLaughlin led off the inning with a single up the middle and Bugni’s double moved him to third base. McLaughlin scored on a wild pitch, which then advanced pitch runner Ty Morrill to third.

After Polacek’s walk, Seed brought home Morrill on a ground out.

With two outs and Polacek on third, Spencer got himself in a pickle between first and second to buy enough time for Polacek to score, 5-0.

The state tournament will be next Saturday in Ephrata. Ellensburg plays River Ridge at 10 a.m.. If the Bulldogs win they then play the winner of the Selah-North Kitsap game at 1 p.m.