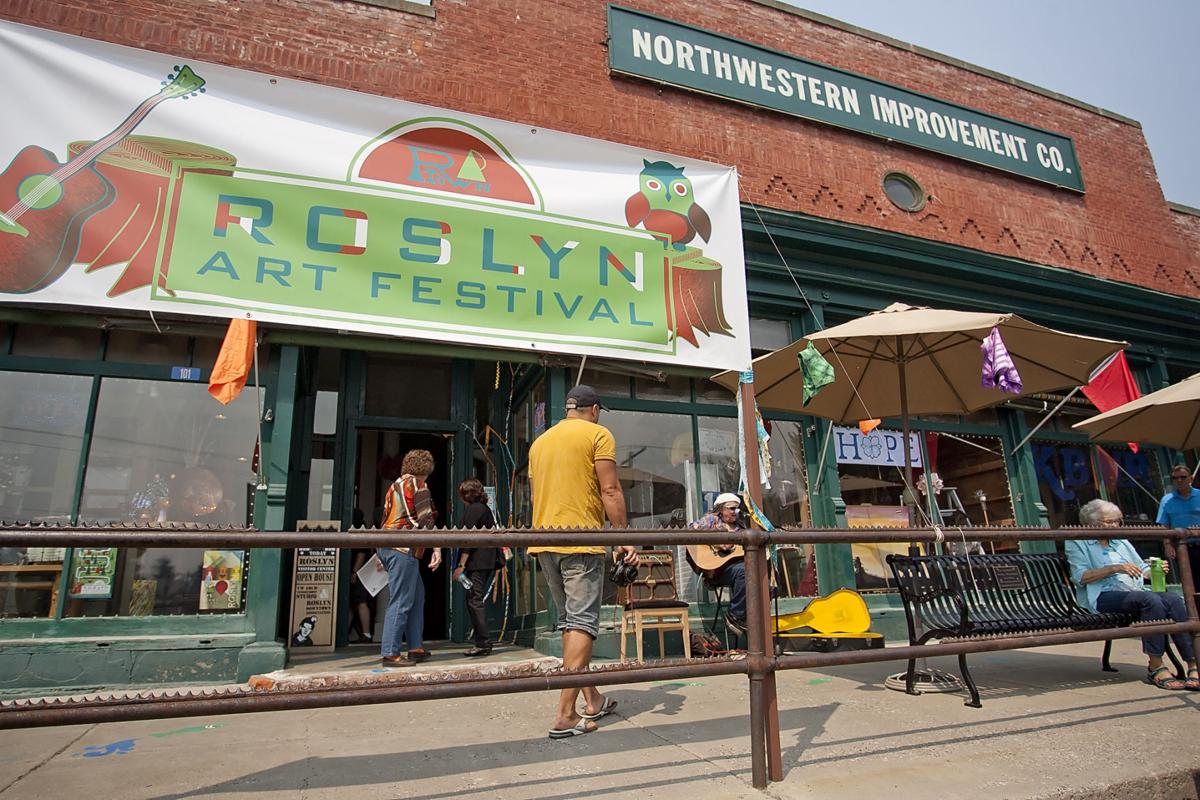 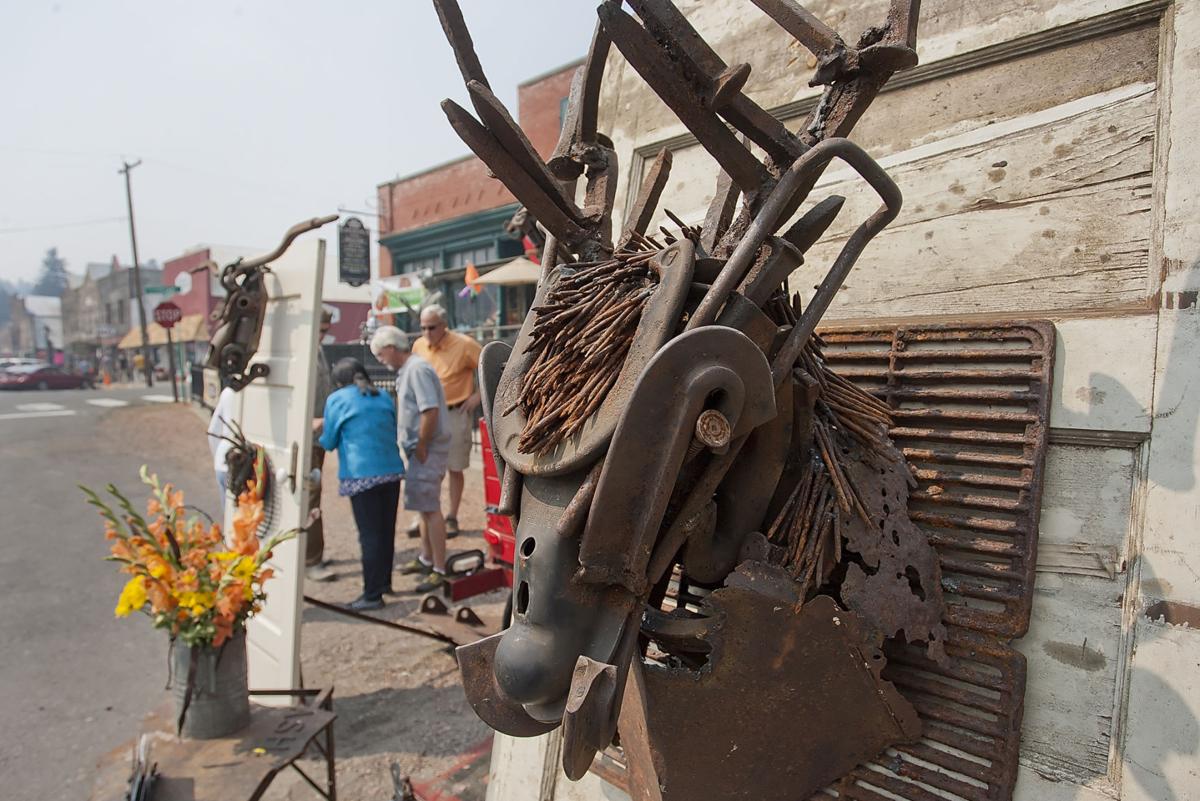 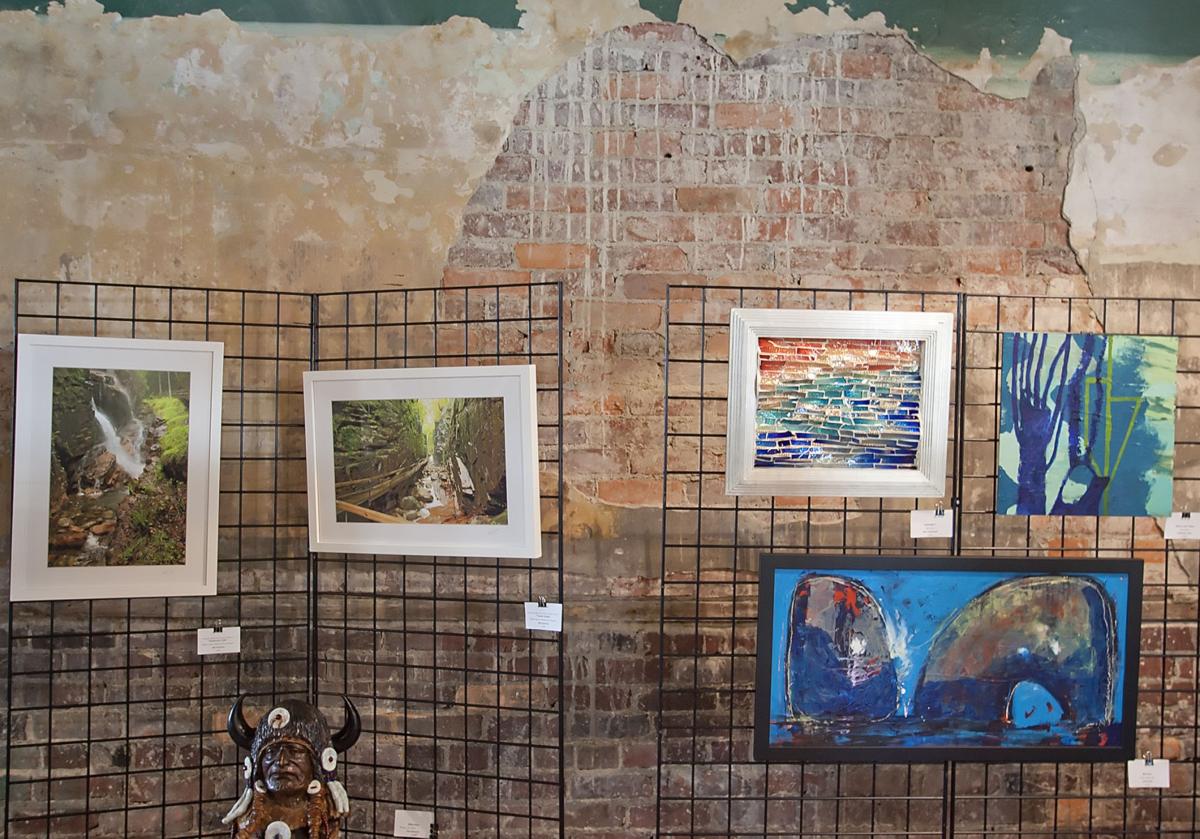 A selection of art on display during the second annual Roslyn Art Festival, Saturday, Aug. 22, 2015. 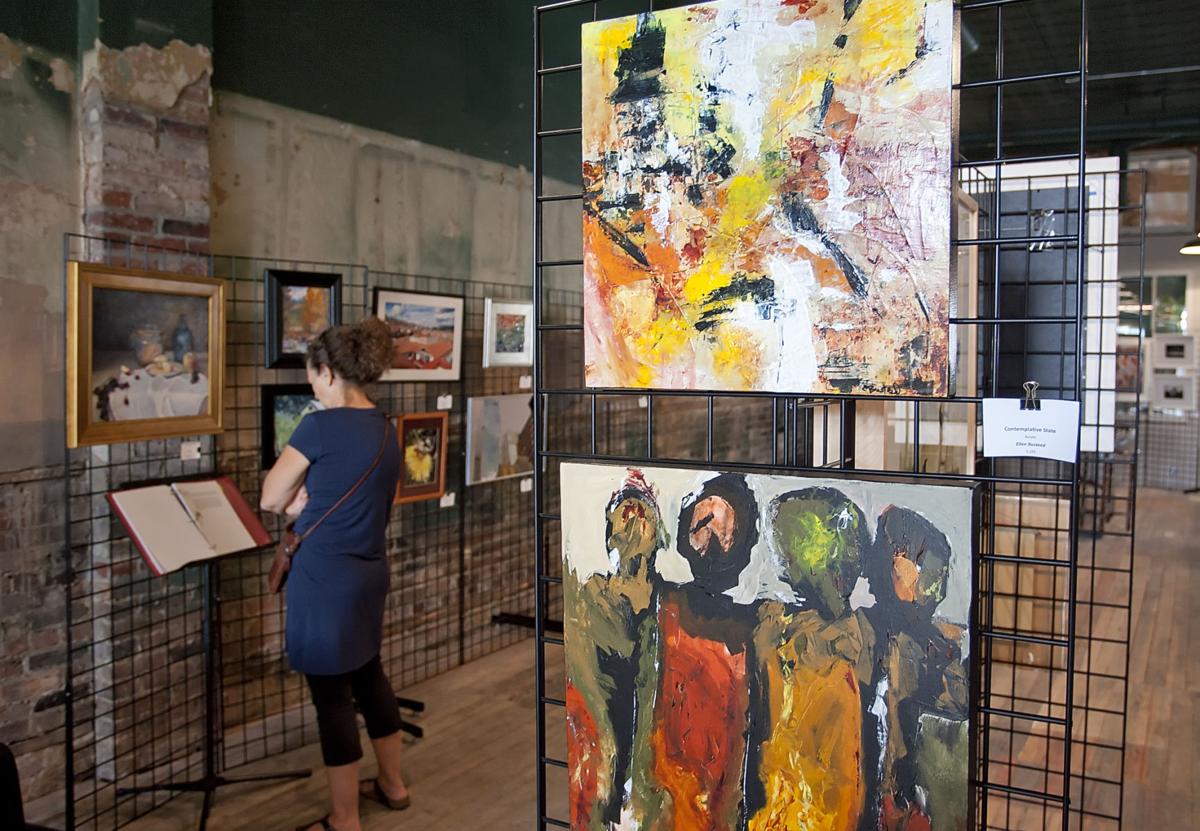 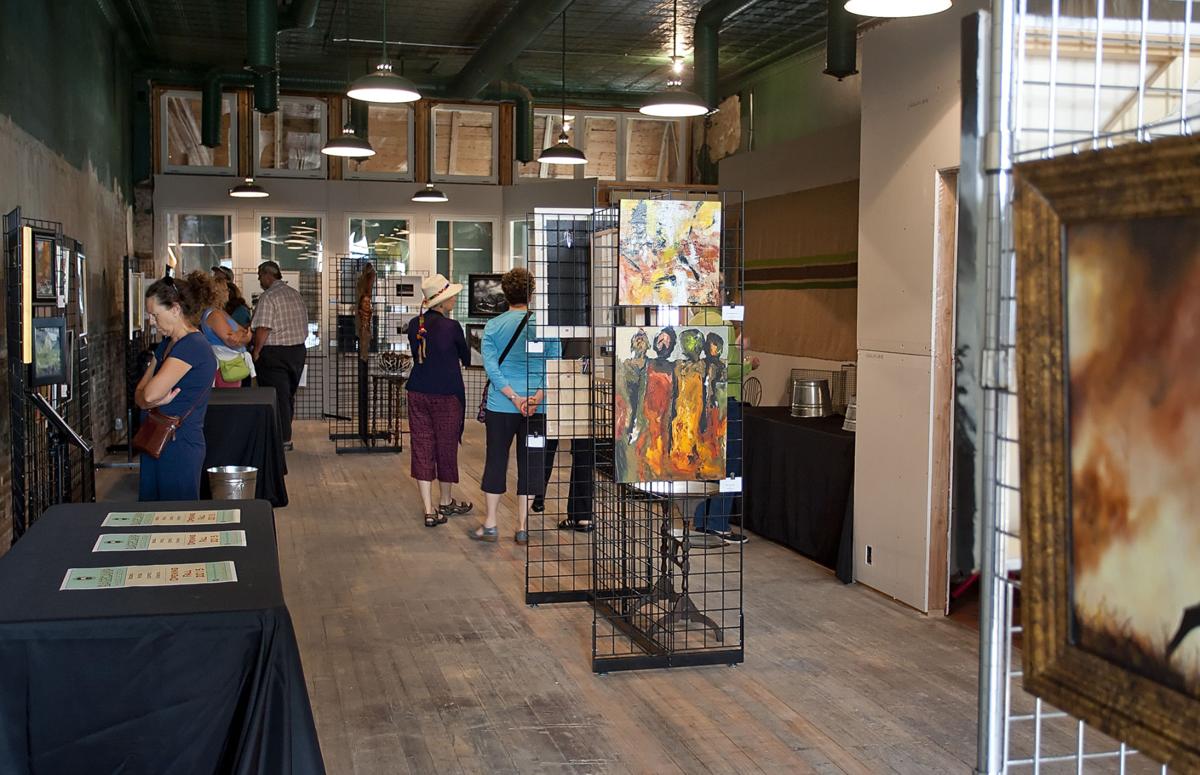 Art patrons gather to take in some of the art on display during the second annual Roslyn Art Festival, Saturday, Aug. 22, 2015.

A selection of art on display during the second annual Roslyn Art Festival, Saturday, Aug. 22, 2015.

Art patrons gather to take in some of the art on display during the second annual Roslyn Art Festival, Saturday, Aug. 22, 2015.

A trail of blue and green salmon painted on the sidewalks of downtown Roslyn led art aficionados through the second annual Roslyn Art Festival this weekend.

The festival featured two galleries and several try-it stations for kids to get hands-on experience with art. The sound of music also rang in the air as local bands performed for festival-goers.

Organizers issued a call out to artists around the country for submissions. They ended up with 61 pieces from artists around Washington, and some from Portland, San Francisco and Vancouver. Brodine was expecting more Roslyn artists, but she only received submissions from two. Overall she said it was a nice range of art. The first round of cuts was made online by the Roslyn Art Guild.

“This year we were really excited about the juried art show. We really weren’t sure if we would be accepted by the artist community, if they would want to bring their art here and have us take care of it for them,” said Andrea Sweet, another organizer. “We were just astounded by the great response we got and the great art we got.”

The first piece sold was also the winning piece. Chris Heard’s “Marymere Falls” was sold before it was selected as best of show by a panel of three judges.

The judges, Gregg Schlanger from Central Washington University’s art department, Jon Olsen from the Art Works Gallery in Whidbey Island and Jim Nicholls from the University of Washington School of Architecture, voted on their favorite pieces. The judge’s choice pieces each received $100.  There were also five honorable mentions.

The winners were announced at Basecamp Books at Saturday’s reception, which filled the building with people. The building was formerly the Sody-Licious Bar. The reception featured the band Sweet Ike.

“They were delightful,” Sweet said, adding she was biased since her husband is in the band.

The festival saw a change of buildings used to host the art. Basecamp Books is in the middle of a building renovation, and Brodine said the owner was kind enough to offer the building as a gallery.

“The advantage of that is that people are very interested in the bones of this building, so folks came for the art show but were also able to see this building in the raw state,” Brodine said.

The last time the building was gutted was in the ‘90s.

Other art was set up for viewing at the Northwest Improvement Building. The art in the Basecamp building will be moved to the NWI through next Sunday.

The festival used lodging tax funds to put on the show, but Brodine hopes the show becomes self-supporting by next year.

Try-it stations were scattered throughout downtown Roslyn, strategically placed in front of local businesses to help draw in customers.

The stations offered something for children to do during the weekend. Kids made tin can lanterns, constructed art out of junk, tried their hand at woodwork, made angels and used coffee filters to make butterflies.

One station ended with a bike parade.

Emily Miltko and her husband, Glenn Burkhart, teamed up with the Roslyn Art Festival and the Roslyn Outdoor School to host a raffle in support of the school.

Kids were invited to bring their bikes and helmets to Northwest Bicycle Improvement Co. on Saturday. They used paint, stickers, pipe cleaners and other materials to decorate their bikes.

Those without bikes decorated flags to take home.

Miltko said about 30 kids showed up, with some of them staying all day to decorate their bikes. The parade kicked off at 2 p.m. with some kids as young as 2, the oldest ones being around 12. She said the event attracted a lot of people to the area.

“It’s a good event for the community,” Miltko said. “The kids were really excited and really creative. They created all sorts of things that I didn’t even think about making.”

Some kids made baskets out of pipe cleaners and construction paper.

The festival committee has agreed to not talk about next year’s plans.

“Everyone has really good ideas for next year but we’re kind of keeping them all to ourselves until we can have a meeting about next year,” Sweet said.

The festival attracted the most people on Saturday, with farmers market customers streaming in on Sunday.

Sweet said the venues next year will be different, since Basecamp Books will be finished by then. They hope to keep the juried art show, but nothing is for sure yet. The only sure thing is that Roslyn will start to be recognized for its artists.

“It puts Roslyn on the map in a different way,” Brodine said.

Artists at the Roslyn Art Festival this weekend came from diverse backgrounds, and showcased…