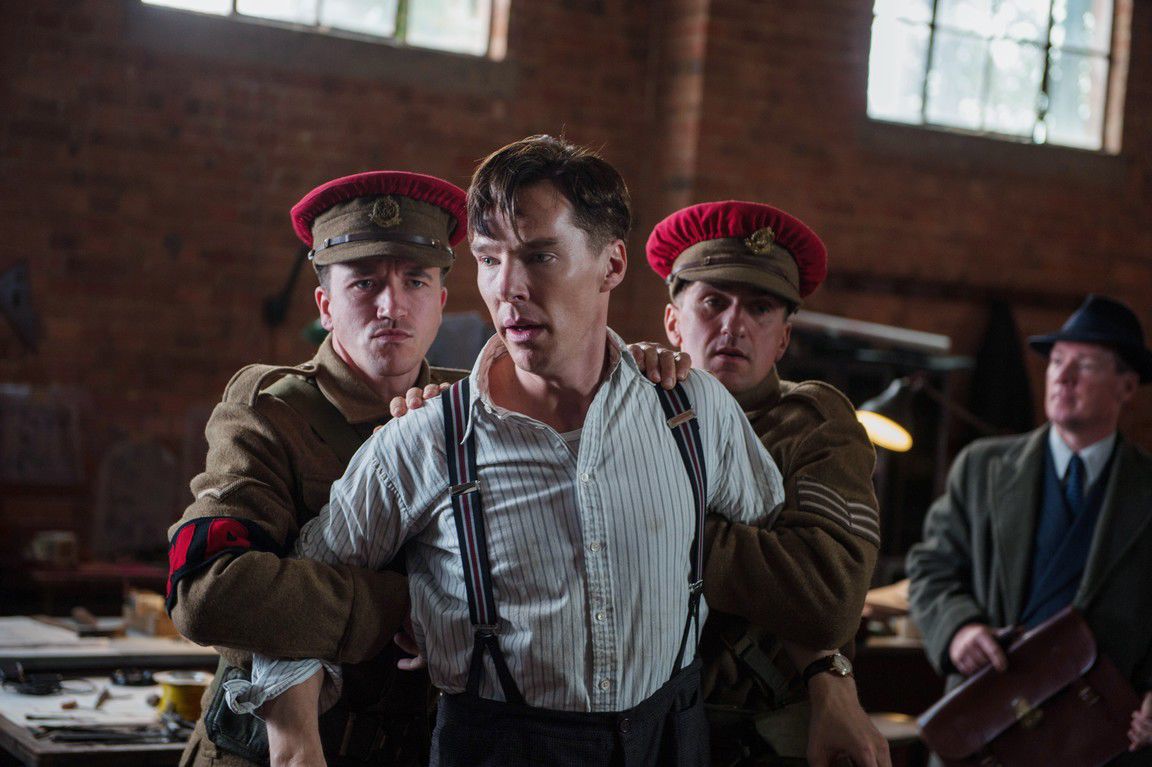 June 6 was the 76th anniversary of the Allied forces’ invasion of German positions on the beaches of Normandy, an event largely credited with solidifying the defeat of the Axis powers and the liberation of occupied France.

To this day, it remains the largest seaborne offensive in history. As the daughter of a Navy veteran who fought in that war, and as an American, I honor the courage and skill of those who fought valiantly on the French shore. I also feel compelled, for the same reasons, to foster public consciousness about WWII.

Too, as a teacher, I have felt distressed by the often vague or dim awareness that today’s students have of the conflagration that reshaped the political and cultural map of the globe. Cinematic treatments of the Second World War are abundant, though as the decades pass, fewer are being made. Several recent films, however, offer evocative renditions. Here are three that I admire and recommend:

Versatile actor Benedict Cumberbatch stars in this true story as Alan Turing, a brilliant British mathematician who, along with a top-secret team of cryptanalysts, was able to crack the German code machine “Enigma,” thought to be unbreakable. Enigma was particularly difficult to decrypt because it was designed to alter daily the codes that recorded strategic information about troop movements.

Much of the story depicts the efforts of the team, in a race against the clock, to unmask the machine’s secrets; Turing himself worked to create a “universal machine,” a form of artificial intelligence that could be made to perform a range of computational and analytic tasks. (Turing is often regarded as the originator of the modern computer.)

The film, however, has a larger focus than the code-breaking endeavor. Turing himself was an awkward, anti-social genius and a homosexual, whose private suffering began in his youth at Cambridge, where he was bullied for his sexuality. The presence of an empathetic female (played by Keira Knightley) on the Bletchley Circle team helped to enable Turing to assimilate into the group, but once the war was over, he had to face his demons alone.

At that time, being gay in England was a crime, and when he was outed and arrested for “gross indecency.” Turing capitulated to chemical castration; ultimately, he could not marshal the strength to survive the pervasive homophobia of the culture, and he ended his life at age 41. Cumberbatch captures the complexity of the man whose analytical triumph was counterbalanced by his tragic fate. Superior cinema.

Some of the most interesting films about the war center on the involvements between French or British citizens and enemy individuals — German soldiers during occupation or post-war German nationals after the Nazi defeat. Suite Francaise explores the plight of Lucille Angellier (played by Michelle Williams), a young French wife whose husband has been made a prisoner of war, just after the fall of Paris.

In a small French country town, Lucile is confined to the upper class domicile of her overbearing mother-in-law (wonderfully acted by Kristin Scott Thomas), as both await news of Lucille’s husband. The village has been overrun by German soldiers, and the sense of entrapment for Lucille is amplified by the presence of a German officer who is billeted in the household. The film addresses both the class divide of the age, as Madame Angellier clings furiously to her position as landlord of the surrounding farmlands, stubbornly collecting rent from her tenants in the face of intrusion by the enemy occupiers.

More centrally, it dramatizes the illicit romance between Lucille and the billeted solder, Commander Bruno Van Falk. Bruno is the antithesis of the proverbial brutal Nazi officer: he is kind, creative, and clearly placed in a position contrary to his nature, a source of private torment for him. Lucille is drawn to his warmth and empathy, and the two, each caught in a kind of personal prison, become lovers.

Bruno is played by the quietly extraordinary actor Matthias Schoenaerts (his role in Far From the Madding Crowd, which I reviewed last year, remains one of the most exquisite I have ever seen in a movie). It doesn’t spoil much to say that the passion between them is doomed by their circumstances. However, what may be most compelling in the end is the way that the town’s occupants rise above their class differences and petty animosities to work to save each other.

This relatively unknown but engrossing film also addresses the interrelationships between former enemies. Keira Knightley stars radiantly as Rachel Morgan, the wife of a British Colonel who is brought in 1946 to Hamburg to restore order and foster the transition of German society to post-war life.

Rachel brings along deeply entrenched attitudes: she loathes the German people and resents the inconvenience of being relocated to an alien place. The Morgans are placed in an affluent residence, owned by an erstwhile German aristocrat Stephen Lubert (a widower, played by the appealing Alexander Skarsgaard).

Due to the largesse of Colonel Morgan (Jason Clarke), Lubert is allowed to remain in the household, confined to the attic with his troubled young daughter. Rachel capitulates to the arrangement as long as they do not interact with Morgans. Rachel is estranged from her husband whom she feels grieves inadequately for their son, who died in the Blitz, and resents the presence of the Luberts, shunning them as she moves about the house. But, perhaps inevitably, she and Stephen are drawn together, both victims of prodigious loss, as his wife had died in the Allied bombing of Hamburg.

While the two secretly bond, Morgan works to reconstruct the traumatized city while coping with resistance to the Allied presence there. The story is further muddied when Lubert’s daughter, who has been raised on Nazi propaganda, begins consorting with a group of teenage fascists left to their own devices after the war has ravaged their world. The film must find a way to resolve its romantic and political conflicts, but given the limits of history and the human heart, its resolution remains mixed.

Liahna Armstrong is a retired professor of English and Film Studies at Central Washington University. She can be reached at cinemaniac22@yahoo.com.