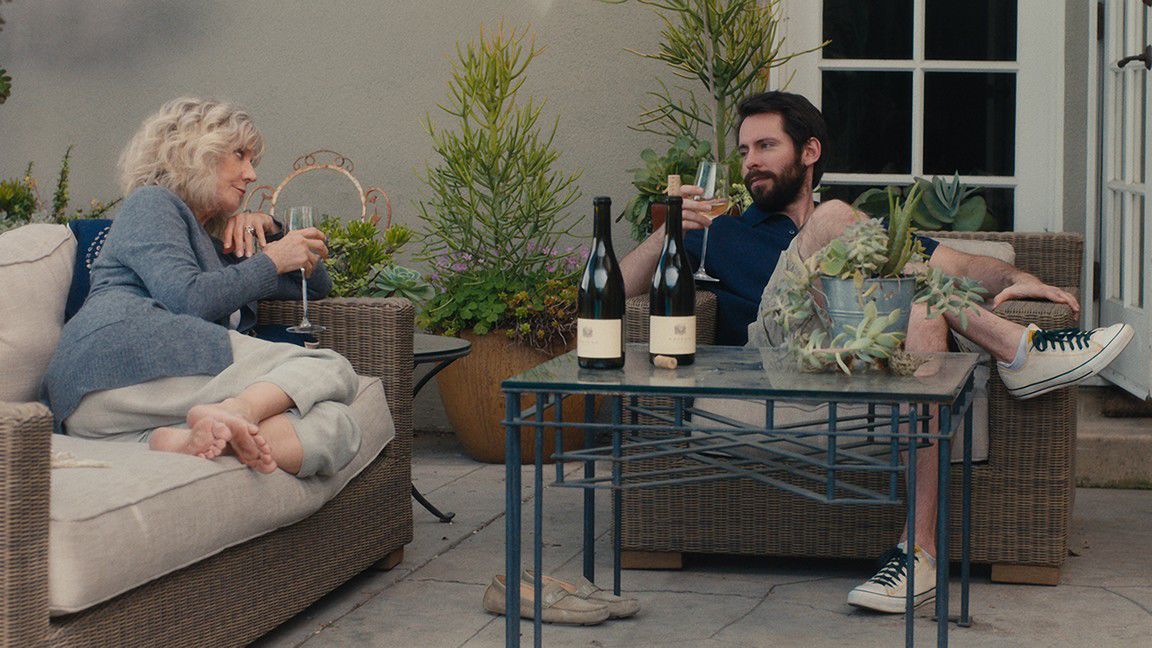 “I’ll See You in My Dreams” is available to stream on Prime Video.

We are all experiencing stress these days — from the anxiety of a toxic virus, the inability, for many, to go to work, the strain of confinement, and other current pressures that assail us daily.

There is a potent form of solace in immersing ourselves in the enchantments of fictional and cinematic worlds. Such worlds offer the multiple satisfactions of well-told and compelling stories. I am suggesting three films that feature winsome protagonists who ward off their sorrows through romantic connections with others equally needy.

These stories are the antithesis of sappy or saccharine. They involve people who find linkages with partners who bring out in them the curiosity, passion, or courage that have eluded them in the press of hardship or constraining circumstances. Not every relationship sustains, but the joys each one affords in a time of emotional privation provide pathways to personal deliverance. These are romances for grown-ups.

Available to stream on Netflix and on DVD on Netflix.

Even if it weren’t a beautifully told and exquisitely photographed story (which it is, both), this 2017 film would be magical just for the abiding screen splendor of Fonda and Redford, still stunning as octogenarians. This is their third pairing: first as mismatched young newlyweds in Barefoot in the Park (1967); then as another odd twosome (he a has-been rodeo star and she a spirited reporter, thrown together in the Nevada desert); and now as two lonely widowers whiling away their days in a small, rural Colorado town.

The two have crossed paths occasionally, and live on the same block, but are not friends. One night, Addie (Fonda) knocks on Louis’s (Redford) door and poses the question: “Would you be interested in coming over to my house sometime and sleeping with me?”

It’s not about sex, she quickly clarifies: “I lost interest in that a long time ago.”

Rather, it is about sharing the long, solitary nights with someone to the keep the despondency at bay. Louis, cut off from human affection, awkwardly accepts, though fearing gossip, he visits stealthily after dark. At first, the coupling is platonic: they talk, excavate memories, and share painful secrets, but inevitably, the two become close and eventually lovers.

For a time, they bloom as fulsomely as if they were decades younger. But of course there are obstacles from their past lives and from lingering responsibilities that intrude on their private bliss. Addie has an adult son, separated from his spouse, who cannot manage his life without his mother’s care, even while he has children of his own. “Our Souls at Night” is a salient affirmation that there remain beauties and stories in everyone’s life, even in their autumnal years.

Available to stream on Prime Video and on DVD on Netflix

Single mother Lizzie (a radiant Emily Mortimer) has settled in a seaside Scottish town with her nine-year old son, Frankie (Jack McElhone). Unknown to Frankie, a bright, curious boy, Lizzie has left her abusive spouse and has meandered from place to place with the boy, who is given to believe that his father is away at sea on the HMS Accra.

The protective Lizzie can’t bring herself to dash the boy’s heroic vision of his father, so Frankie lives with the perpetual hope for his father’s return. To foster the pretense, Lizzy writes letters to her son professing to be the dad, describing his colorful escapades around the world, which Frankie answers hopefully.

Lizzie learns, to her dismay, that the Accra is actually scheduled to dock in their town in just a few weeks, so she must make the choice: reveal the truth to her son, or locate a stranger to pose for a brief time as Frankie’s father.

She chooses to sustain the masquerade, knowing that the boy is teased and bullied at school for his fatherless plight. Said stranger is played by Gerard Butler, who has been given Frankie’s missives in order to seem familiar with his “son.”

The ruse works because Frankie has not seen his father since his infancy. Not surprisingly, the two form an instant bond: Franke has a flesh and blood parent to answer his longing, and Butler finds consolation for his lonely life at sea. And Lizzie and Butler click as well — their connection is instantly sweet, and grows as they spend time together. Of course, the new “family” is based on a deception, and Lizzie will have to deal with the inevitable consequences. How that ensues is deftly managed. A charming movie that leaves lasting feelings of delight.

Available to stream on Prime Video and on DVD on Netflix.

Blythe Danner, still a beauty in her 70s, stars as Carol Peterson, a Southern California widow of two decades, who lives comfortably with her beloved older dog Hazel, and whiles away her days with a set of quirky female friends from a nearby retirement center.

The friends, among them a very funny Rhea Pearlman, get together to play bridge, giggle about men (all of them past the dating age), sip chardonnay, and get goofy high on marijuana. When she has to put down Hazel, Carol grieves, but finds solace in an oddball friendship with Lloyd (Martin Starr, in a simply wonderful performance — he stole the show for me), her “pool guy, a taciturn young fellow waiting for life to happen for him.

Lloyd takes Carol to sing karaoke at a local nightspot, where we learn that earlier in life, she had dreams of becoming a professional singer, but gave up that aspiration to become a teacher. At the bar, Carol’s rendition of “Cry Me A River” tells the audience that this woman of talent has somehow been passed over by — or evaded — life’s excitements.

When she meets a handsome loner like herself (Sam Elliott), she begins to re-experience the sparks of youth, though we understand that such renaissance must face the inexorableness of mortality. This heartfelt and poignant film is less about plot (though the story is exultant), and more about the ways people who have already lived most of their lives deal with the short span still open to them.

Liahna Armstrong is a retired professor of English and Film Studies at Central Washington University.