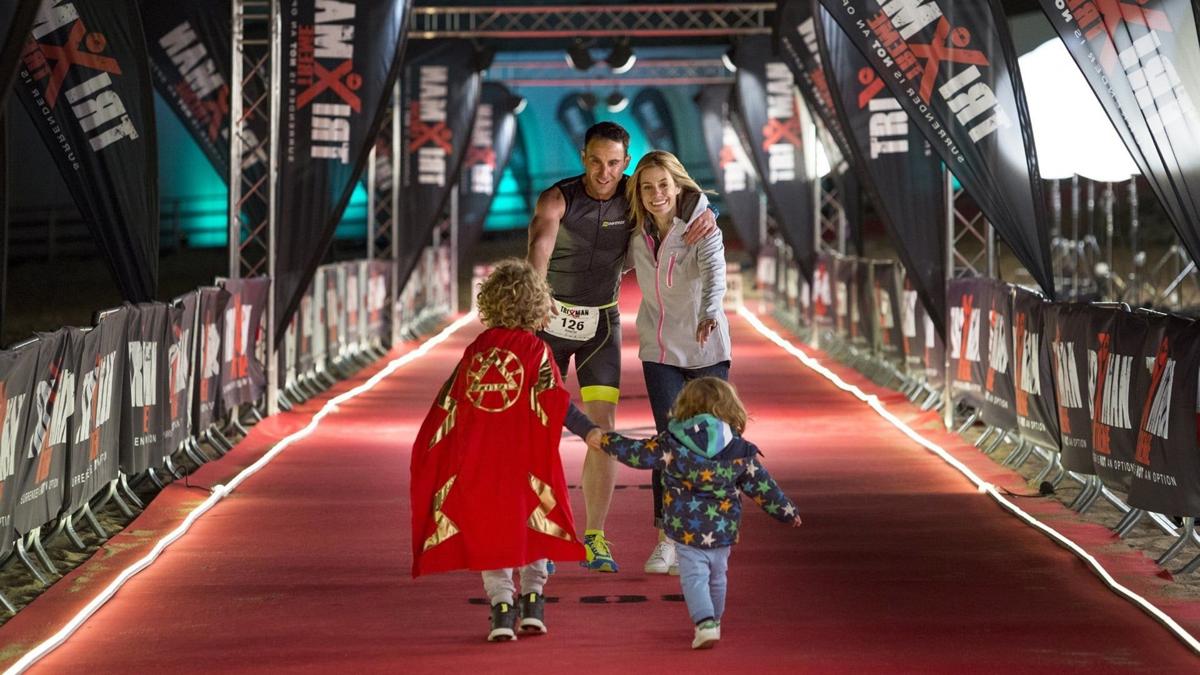 If he can do it, so can we. A man in failing health crosses an unlikely finish line in Spanish film “100 Meters.”

With the first confirmed case of the corona virus in Kittitas County last weekend and news that Seattle-area colleges have moved their classes online, is a community-wide quarantine next for us?

If so, a positive attitude is going to be crucial. Especially if you have roommates.

Experts are recommending this as well as preserving as normal a routine as possible and tackling pending projects.

Here are five international films of very different genres to keep you busy in case of quarantine.

Let your mind wander — even if you can’t.

In the “it could be worse” category, the Nigerian film “93 Days” offers a dramatic look at a group of doctors working against the clock to control a possible Ebola outbreak.

From the very opening scene, soaring above the massive sprawl of Lagos, the film sets an uneasy tone, conveying the particular risk such a chaotic, impoverished, over-populated city would face.

You may view Kittitas County with fresh eyes.

Fans of the pandemic genre are going to appreciate this international installment, based on real events. It’s a story for our times, if ever there was one.

That, and the film’s unique setting and international cast (including Danny Glover), keep it afloat, but be prepared for some cringe-inducing dialogues and an insistent, telenovela-worthy musical score.

”The Awakening of Motti Wolkenbruch”

For lighter fare, try this Swiss film, whose title character has his life planned out for him. The only problem is that, as an Orthodox Jew, it’s his mother’s plan — as is the selection of his future wife.

Exasperated, Motti decides to take matters into his own hands, embarking on an affair with a non-Jewish classmate and reveling in the openness of the cosmopolitan Tel Aviv, where his rabbi sends him.

Joel Basman offers an affecting performance as the wide-eyed Motti, for whom every new experience — a party, alcohol, sex — is a life-changing discovery and a step further away from his destiny and his family.

But the biggest laughs, and maybe tears, of this heartwarming comedy — long-listed for this year’s International Oscar — come from the over-the-top melodrama of his scheming mother, played by Inge Maux.

As with his current foreign-language phenomenon “Parasite,” South Korea’s Bong Joon-ho juxtaposes an upbeat look and tone with scathing social criticism and harsh (sur)realism in his 2017 film “Okja.”

The action takes place between New York City, where a disturbingly cheery CEO (Tilda Swinton) oversees a global project to breed “super-pigs,” and Korea, where young girl Mija will go to any length to save her best friend, the sweet (and surprisingly realistic) super-pig Okja.

When Okja is returned to New York, Mija follows him into a world of genetically mutated animals, vigilante rights activists and cynical corporate social responsibility campaigns. The gap between the haves and have nots is, as in other Bong works, vast.

There’s drama, high-speed action, terror and comedy, but the story is at its core a fable. This overlapping of genres makes for an uneven film, an ambitiousness also seen — but better controlled — in “Parasite.”

“Okja” is such a roller coaster of a viewing experience, with over-the-top performances by Swinton and Jake Gyllenhaal, that its message almost gets lost. As Mija, actress Seo-hyeon Ahn holds it all together, conveying a quiet yet powerful determination.

Inspired by real events, the script guesses at what some of the philosophical conversations must have been between the two men, as Benedict vets his outspoken critic.

This character study is both insightful and unexpectedly humorous as the two opposites, each struggling with his own existential doubts, find their common ground.

“The Two Popes” subtly prompts viewers to examine their own beliefs and reflect on questions of right versus wrong, change versus compromise, duty versus personal freedom, and more. It’s entertaining enough that you might not notice how much it makes you think.

In this poignant and funny Spanish film, Ramon (Dani Rovira) responds to an out-of-the-blue Multiple Sclerosis diagnosis with grief and shock, then determination to complete a triathlon. He drags his pot-smoking father-in-law (Karra Elejalde), a one-time Tour de France competitor, along for the ride.

Rovira and Elejalde are a frequent pairing in Spanish cinema, and they’re perfectly matched here as the patient aiming to complete an Iron Man despite failing health, and the trainer, quietly facing his own demons but pulled in by his daughter to help.

The journey ultimately proves cathartic for both men.

“Don’t be afraid, my friend,” the MS patients tell each other. “You can’t control everything,” Ramon consoles his wife.

Good advice in this era of global viruses, too.

Jennifer Green teaches journalism and film at Central Washington University and is a regular contributor to The Hollywood Reporter and Common Sense Media. Follow her on Twitter @jen4green.