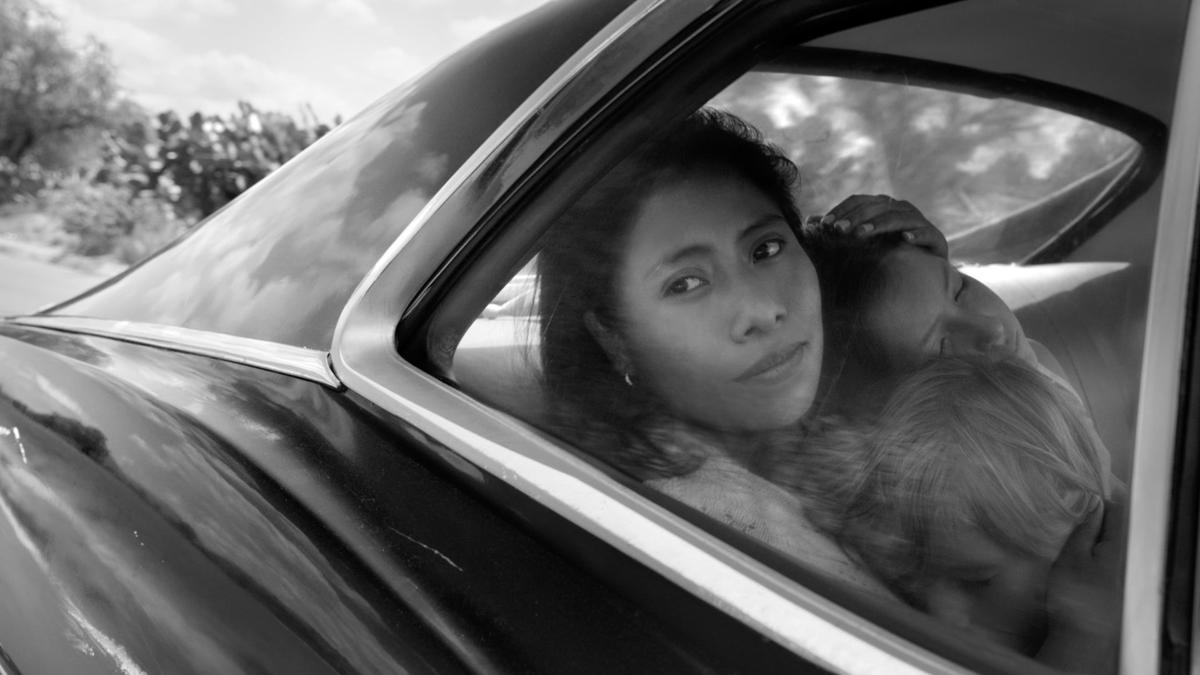 The protagonist of “Roma,” a foreign-language film with social critique baked in, is already socially isolated.

The actress and singer Jennifer Lopez posted a video last week on social media showing her son in quarantine — after serving up a crisp Perrier, he does a few tricks on his hoverboard then cannonballs into the backyard pool.

The video came on the heels of headlines suggesting celebrities and the wealthy are getting privileged access to COVID-19 testing in this country.

Reaction to Lopez’s post encapsulated the disconnect between Americans’ “business-as-usual” individualism and our new #AloneTogether reality of collective social distancing.

If you’re a film fan, you also might have noticed how reminiscent Lopez’s luxurious, manicured backyard was to the house and garden in this year’s foreign-language hit “Parasite.”

In Korean director Bong Joon-ho’s Oscar-winning film, the powerless patriarch of a destitute family explodes with resentment at his wealthy employer. It’s a story of the malignity of wealth disparity and class conflict wrapped in a disconcerting package of satire and suspense.

Its success came a year after Netflix’s hit “Roma,” Mexican director Alfonso Cuarón’s quiet, black-and-white tale of an indigenous housemaid’s daily life of caring for others before herself. In “Roma,” the protagonist never transcends her social station and seems largely invisible to those around her.

The star of “Roma,” Yalitza Aparicio, the first indigenous woman ever nominated for a best actress Oscar, now dedicates her time as an advocate and activist on behalf of indigenous culture and domestic workers’ rights in Mexico.

Films can have a social impact. The kinds of films from abroad which American audiences have paid attention to over the years, I think, says a lot about where we are as a society in different eras, including this unpredictable one.

Foreign Films in the U.S.

Foreign-language films had their heyday in the US in the 1960s, when a wave of European art movies broke from classic filmmaking styles and electrified buttoned-up, post-World War II audiences in the US with their audacity, intellectualism and, yes, sex.

Italian neorealist films like “Open City” and “Bicycle Thieves,” and experimental French New Wave movies like “The 400 Blows” and “Breathless,” pre-dated the 1960s social upheaval in the US.

In the 1980s and 1990s, the nostalgic costume dramas and feel-good period romances US distributors imported en masse said as much about the world’s historical self-searching post-Cold War as they did about Americans’ growing insularity post-Vietnam.

The films we watched from abroad — titles like “Cinema Paradiso,” “The Postman” and “Like Water for Chocolate” — offered emotionally satisfying stories in gorgeous, historically idealized settings.

The Death of Individualism?

Which brings us to the tougher social critiques implicit in recent foreign-language hits like “Roma” and “Parasite.”

Are we starting to appreciate the message that society as a whole suffers when its members ignore, or even benefit from, vast inequalities?

The coronavirus has brought that point front-and-center, showing us explicitly that the health of all directly affects the health of each of us.

Americans pride ourselves on our individualism. But corona has reminded us that we all benefit from taking care of each other.

Without the bravery and hard work of grocery store and hospital staffs, for example, our lives would already have ground to a halt.

The virus is also reminding us of the value of specialized knowledge.

In his 2017 book, “The Death of Expertise,” Tom Nichols warned Americans about our increasing arrogance and narcissism in an age where the internet makes us feel we have as much knowledge as trained and educated experts.

In a “postindustrial, information-oriented world where all citizens believe themselves to be experts on everything,” we question our teachers, our doctors, our scientists. We elect a president with no prior political experience or knowledge.

But in the age of corona, in turns out, we are also at the mercy of experts and specialists.

We have to admit they know more than we do, to accept, as Nichols noted, that equal rights for all does not mean all opinions are equally right.

Dr. Fauci, the infectious disease expert, could be the poster child for the “Rebirth of Expertise.”

If this virus brings about a social revolution, as people are suggesting, maybe it will involve a rekindling of humility and a reawakening of solidarity.